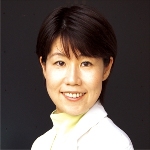 Registered Management consultant
(Certified by the Ministry of Economy, Trade and Industry in Japan)

Work experiences:
She was in charge as Associate Portfolio Manager at United Nations Office for Project Services (New York), after having served as a researcher of JICA-Vietnam project. Moved to Senegal, of West Africa in 2003 and returned home and established a consulting company in 2005 which delivers management consulting services and training opportunities to enterprises in Japan. Currently serving as a part-time lecturer at Nihon Fukushi University, Graduate School.

Lecture/workshop experiences:
>She has delivered relevant and practical cross-cultural communication training workshops to non-Japanese/Japanese staff at foreign affiliated companies such as Reckitt Benckiser Japan, Oracle Japan & Oracle India, Plansee Japan, Shaeffler Japan etc.. She has also many lecturing experiences with Japanese companies such as Ibiden, Brother Industries, Sekisui Plastics, Chamber of Commerce, NGOs, and international organizations such as Asia Productivity Organization (APO). She has been also serving as a course leader and lecturer of the following courses hosted by JICA and had many experiences in designing the course curriculum and delivering some lecturing and workshop sessions to government officers in the following countries.

The Japanese Version of Project Cycle Management: Adoption, Adaptation and Application of ZOPP ?. A comparative analysis of methods and methodologies"

Lecture Experiences: Major companies in Japan such as Nissan, Nichirei, NGK, Hitachi, JVC, Bandai, TBS etc. have benefited from his relevant business briefings/cross-cultural case study/conflict management training which led to performance improvement of each company.His lecturing experiences as a global business trainer also include European/American capital based enterprises in Japan such as Reckitt Benckiser, HSBC, and Philips Japan etc..

Work experiences:Born between her Japanese parents, Yuria spent 10 years of her childhood in Malaysia and Singapore. After obtaining a master�fs degree, she worked as a human resources staff for a Japanese server hosting company where multi-national engineers gather. Later on, Yuria pursued her career in a translation/interpretation agency where she served as translator, interpreter as well as client coordinator. After staying in the Philippines due to her husband�fs job, she came back to Japan to work for a major trading company. Her main duties in the Mineral Resources Department of the corporation include in-house translation, interpretation, secretary to manager, assisting the incorporation of an overseas subsidy, and business skills training to the newly employed staff. Her career as a translator covers various business settings from board levels to party reception, which makes her well acquainted with diverse business environment.

Lectures for government officials from the developing countries organized by JICA 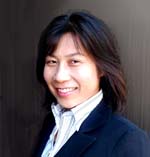 She worked for programme on environment and sustainable development, in academic division, the United Nation University. She was in charge as a project researcher and conducted training projects and field research in various countries, such as China, Korea, Indonesia, Malaysia, Singapore, Thailand, England and E.U. After continued academic research in international environmental law at UCL, she handled legal documents at a private company in Japan. She has a license of immigration lawyer (Gyosei-shoshi). 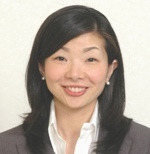 Work Experiences;
She grew up in Hong Kong for 8 years but with Japanese family background, As a flight attendant in a foreign based airline company, she accumulated for 8 years of rich cross-cultural working experiences with her colleagues from China, Korea, Singapore, Thailand, Malaysia, Philippines, India, Sri-Lanka, and Indonesia).